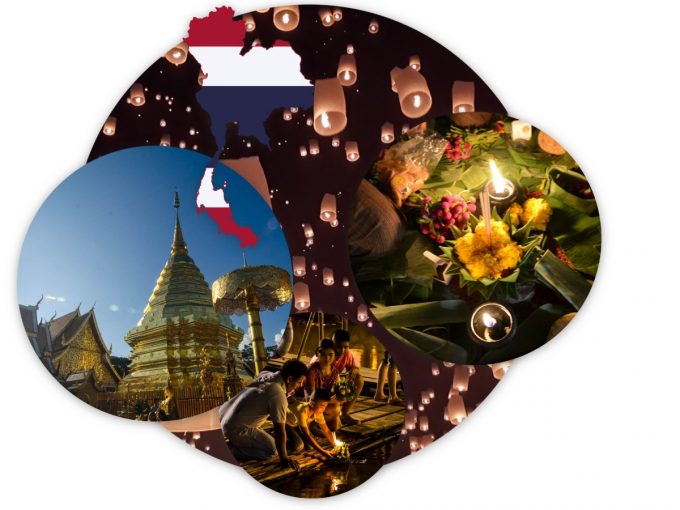 One of the most magical events in the world is the Loi Krathong Festival in Thailand. People pay respect to the Goddess of Water, and ask forgiveness by releasing lotus shaped rafts into lakes and rivers called krathongs. Decorated with candles, incense sticks, flowers, and coins, it’s customary to make a wish upon their release.   At night people set free the Yi Peng, or lighted lanterns that fill the night sky, to celebrate the full moon. This festival is held in early November, on the night of the twelfth lunar month.