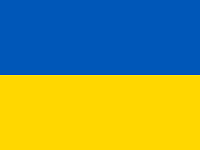 ﻿Ukraine - Level 4: Do Not Travel
Do not travel to Ukraine due to Russian military invasion. U.S. citizens in Ukraine should depart immediately if it is safe to do so using any commercial or other privately available ground transportation options. U.S. citizens should not travel to Ukraine due to the active armed conflict and the singling out of U.S. citizens in Ukraine by Russian government security officials. All U.S. citizens should carefully monitor U.S. government notices and local and international media outlets for information about changing security conditions and alerts to shelter in place. Those remaining in Ukraine should exercise increased caution due to the potential for active combat, crime, and civil unrest. Read the entire Travel Advisory.


Ukraine is a country in Eastern Europe, and the second-largest European country after Russia which it borders to the east, and northeast.