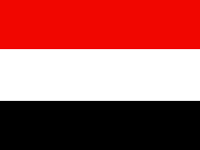 ﻿Yemen - Level 4: Do Not Travel
Do not travel to Yemen due to terrorism, civil unrest, health risks, kidnapping, armed conflict, and landmines.


Yemen, officially the Republic of Yemen, is a Middle Eastern country located on the Arabian Peninsula in Southwest Asia. With a population of about of about 20 million people, Yemen is bordered by Saudi Arabia to the North, the Red Sea to the West, the Arabian Sea and Gulf of Aden to the South, and Oman to the east. Yemen's territory includes over 200 islands, the largest of which is Socotra, about 415 kilometres (260 mi) to the south of Yemen, off the coast of Somalia.