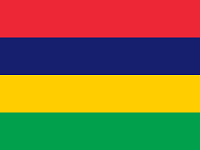 
The Republic of Mauritius is a small island nation of four inhabited and several other islands located in the southwestern Indian Ocean. Mauritius has a stable government and a diverse economy. Its per capita GDP of $12,400 is one of the highest in Africa. Facilities for tourism are well-developed. English is the official language of Mauritius; however Creole and French are also widely spoken. English may not be understood outside of main towns and tourist areas. The capital city is Port Louis.