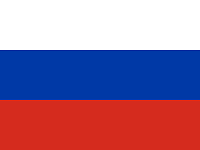 ﻿Russia - Level 4: Do Not Travel
Do not travel to Russia due to the unprovoked and unjustified invasion of Ukraine by Russian military forces, the potential for harassment against U.S. citizens by Russian government security officials, the singling out of U.S. citizens in Russia by Russian government security officials including for detention, the arbitrary enforcement of local law, limited flights into and out of Russia, the Embassy’s limited ability to assist U.S. citizens in Russia, COVID-19-related restrictions, and terrorism. U.S. citizens residing or travelling in Russia should depart Russia immediately. Exercise increased caution due to wrongful detentions.


Russia is a country located in Eastern Europe and Northern Asia. It extends from the Baltic Sea in the west to the Pacific Ocean in the east, and from the Arctic Ocean in the north to the Black Sea and the Caspian Sea in the south.